If you don’t know by now that escorts are more often victims of violent crimes than the average person, you must live under a rock. Earlier tonight, I was reading one escort’s account of how she escaped an intoxicated client who almost raped her. Out of that ordeal, she made $200.

Do you think that the money was worth such a scary experience? You may think something along the lines of, “No money is worth that!”

Unfortunately for escorts, and in my experiences as a stripper, men who disregard our boundaries are prevalent. For escorts, we can take precautions to hopefully avoid bad encounters, such as requiring screenings and deposits. In a strip club, sure you have bouncers and other staff, but it’s usually only after something bad happens that you learn the customer you were with was a bad person. Pretty much every single day I worked in Texas, men would try to finger me, even after I told them to stop. Some even tried to hold me down in order to do it.

My experiences with escorting and being a sugar baby are a little bit better, although there were things some of my clients did that were against my consent. For example, I told one man that I wanted to use condoms. He didn’t put one on before entering me. (I could have stopped him, probably, but I froze up.) Another time with the same man, he was about to put himself inside of me, I told him to wait so I could grab the condom, which I had luckily put right on the nightstand. I feel like, but am not entirely sure, that he was trying to use his body to prevent me from getting the condom. I try not to think about what would have happened if I had not placed the condom so nearby, but instead, out-of-reach.

One of the things I look at when pricing all of my content and services is how much would I have to make from a sale to feel good about myself. $80 for an hour (yes, someone has requested that, and even lower) will not make me feel elated. I used to price my services much lower than what I do now, but I found that below $300, most of these clients weren’t worth the effort I put in. They were very demanding of my time and, more than often, rude to me. I also trust that a client who pays $500 for an hour with me is less likely to rape me than one of those rude, obnoxious clients who demand they pay no more than $150. (I think, too, that requiring a deposit further filters out bad characters.)

Then there’s the most disturbing reason for why I price my escorting services the way I do:

How much would it be worth for me to live through a violent encounter?


No, I never want to be raped, but I have to acknowledge that it’s definitely a possibility with the work I do. If I couldn’t handle the idea of potentially being assaulted at all, I shouldn’t be escorting. I’m not saying we should blame escorts for being the victims of rapes, assaults, or murders, but we all should use as many means as necessary to try to avoid such violent encounters.

I price my services higher than average than in most areas because not only do I use it as a filter for the bad guys, if one of them slips through, I don’t want to feel like I experienced that for nothing. As a friend told me, when we price our services, some of that money should be looked to as “insurance” for unfortunate occurrences.

This is not a feel-good, inspiring post, and it’s not supposed to be. What I laid out here is what all escorts have either faced or are afraid of. We need to be practical because our lives and livelihoods depend on it.

Even though it shouldn’t be said, don’t think that because you’re paying a higher price or paying at all means that you can take advantage of or force a sex worker to do your bidding. Even if we don’t have rules and guidelines on our sites, that’s not an invitation to do what you want. What we want goes beyond client etiquette; we want clients to act in a way where have our humanity acknowledged, our safety prioritized, and our feelings recognized. Read our ads, profiles, and websites. Ask us what we do and won’t do. Check in with us during an encounter to make sure we’re feeling good. If we look scared or defensive, check yourself, and back off. Even if you paid at a restaurant, a manager can still kick you out for unruly behavior. Just because you gave us money doesn’t mean we have to put up with rudeness because you can’t take “No” for an answer. Stop blaming your horniness for violence against us.

Maybe you’re not aware, but our social media is filled with stories of harrowing escapes, rapes while on the job, and sex worker deaths. If you seek out escorting services, help us by being the ideal client and providing an example for others. If you’ve never hired an escort and never plan to, you can still help by letting others know about the realities of what we face in our line of work, sharing counseling and other resources that can help sex workers dealing with anxiety or trauma, and by supporting legislation that would allow for sex workers to call the police if attacked without fear of repercussions.

Tucson, AZ: January 9th (evening) through 11th (morning) - **no incall for this location**

Portland, OR: For the entire month of February

In case you're curious, yes, I am lactating now.

Because the logistical aspects of touring are much more difficult because of having an infant, please pre-book for tours. Not only will you incur more fees by not pre-booking, I may outright cancel a tour if there are not enough pre-bookings. (If I cancel a tour you have booked to, I will pay back your deposit, per my policy.) Please also send a proper first message, such as I have outlined on my Tryst, if you're interested in either in-person or virtual services.

I will not personally let you know when I plan to come to certain areas or when I arrive there - it's too much work to sift through the messages of people, usually timewasters, to warrant personalized announcements. To remain up-to-date on Kori-related news, please sign up for my newsletter, or check my Tryst profile for the best results. 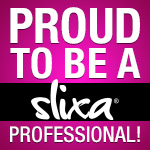